Ratione Soli is an ongoing investigation on the resulting aesthetic of virtual place-making practice using CG assets. The digital aesthetic reinforces, like a doubly exposed environment, the deep-rooted myth of what we call nature; often seen as something detached from humanity. These representations are not neutral, they are infused with the norm of the society that builds it. Like parks in our cities, the 3D scanned library is a constructed and selected collection of biospheric objects that fit our idea of beauty and purity, lacking any signs of disease, incidences or the artificial. There is no nature without the artificial and there is no artificial without nature. Ratione Soli proposes an alternative tool for generating digital rocks, in the hope that it will reveal the dogmas behind virtual place-making.

In general with CGI, a virtual rock is obtained starting with a simple geometry like a sphere. With a linear approach, it is modified within a few steps to simulate the shape of a rock. Texturing and lighting helps create the illusion. Ratione Soli is an alternative procedural process, where the algorithmic generation of a rock is influenced by external factors, in this case digitised human waste. By considering external elements – like human activity -, the resulting simulation does not imitate our collective idea of a rock but generates another concept of what a rock could be today – a (digital) plastiglomerate – in order to disrupt the constructed dualism between human and nature. 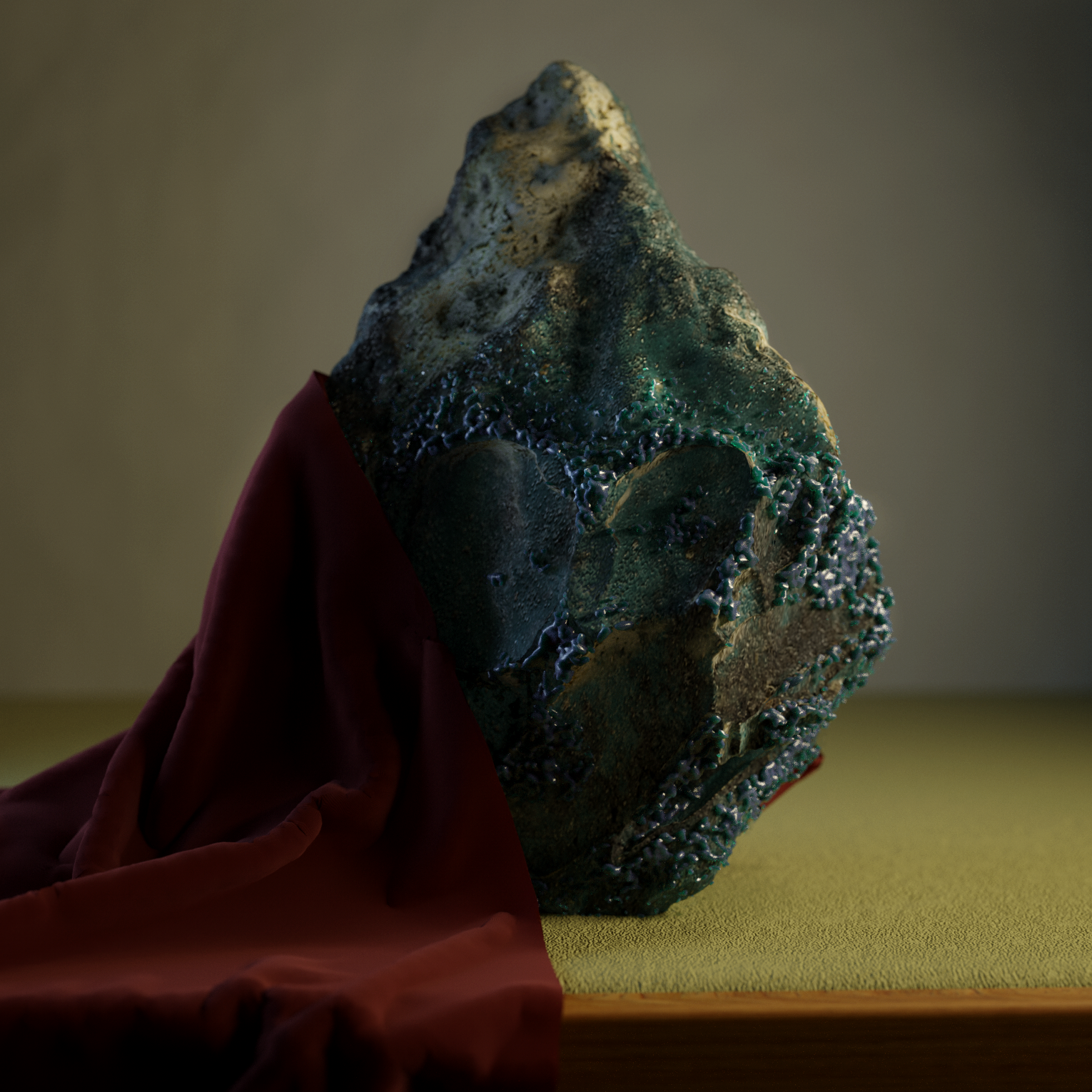 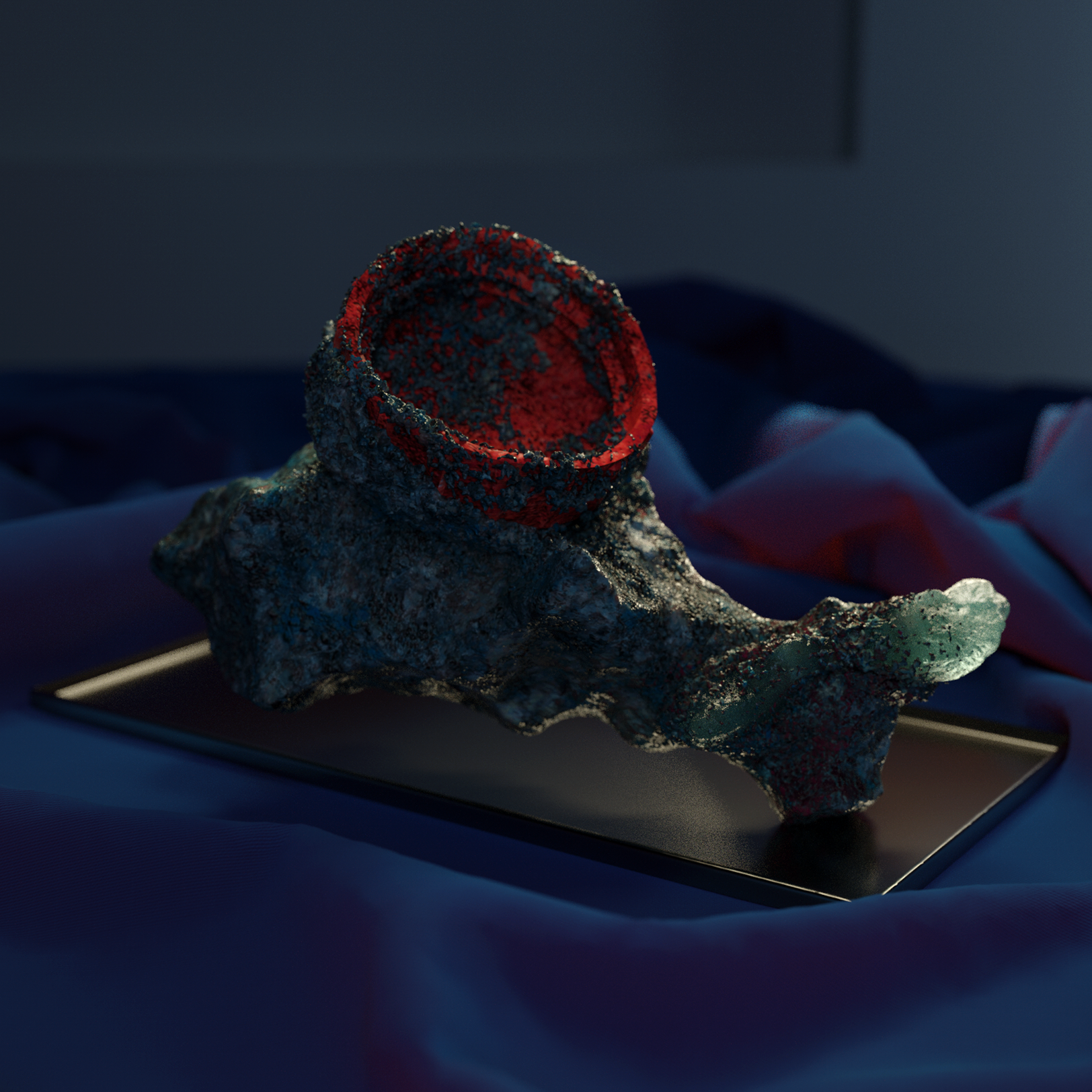 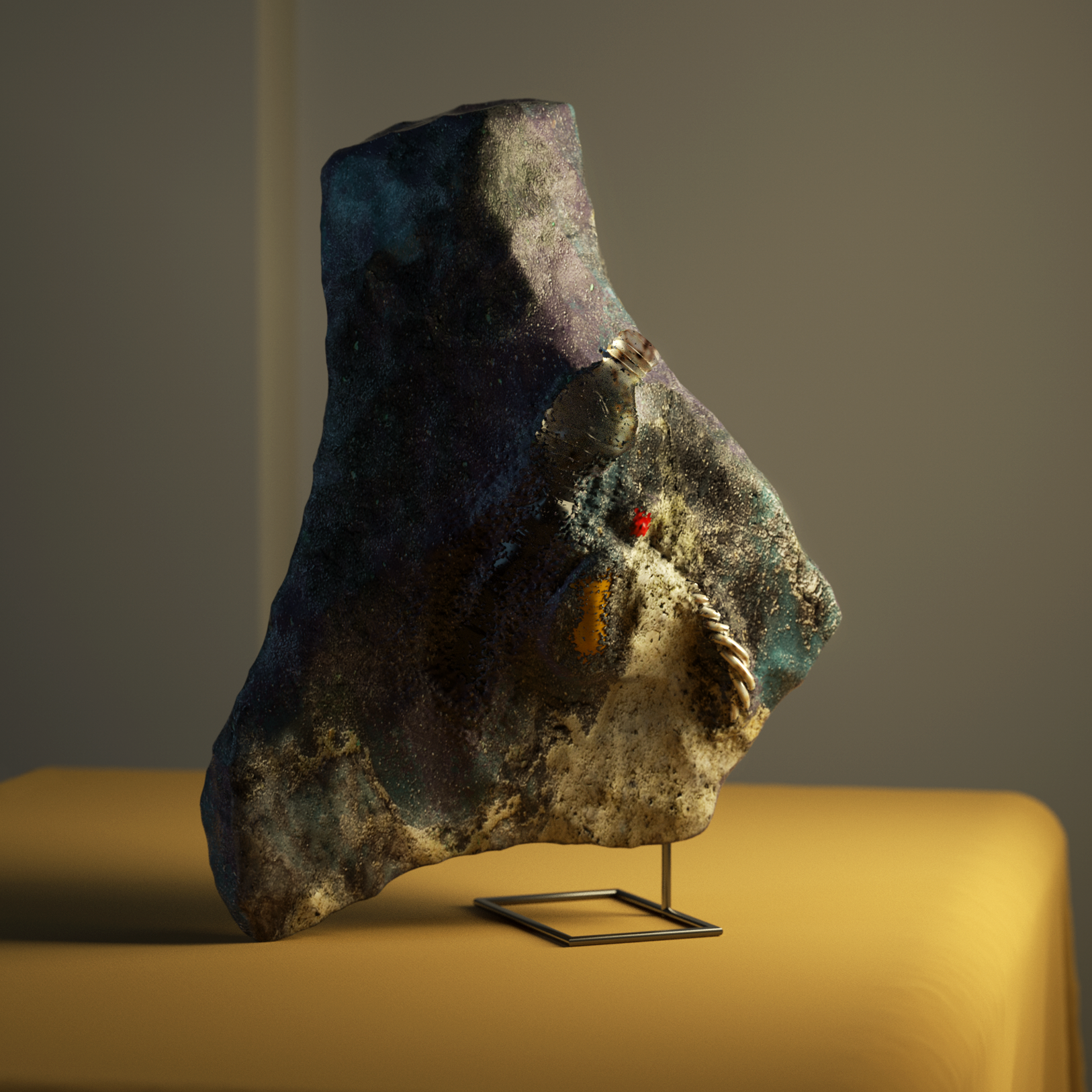